Antalya is located on the

Turquoise Coast of Turkey in the Southern Mediterranean.  It is one of the most beautiful provinces in the whole of Turkey.  Antalya is surrounded by the West Taurus and Taurus Mountains that form an arc around the Gulf of Antalya.

We travelled for a month throughout Turkey and enjoyed adventures from hot air ballooning in Cappadocia to visiting Ephesus and of course spending time in Istanbul at the Topkapi Palace and the Grand Bazaar. Turkey has welded its magic!  One month was not enough to travel the whole of the country, so if you are planning to visit Turkey allow enough time to enjoy this mix of middle eastern and european cultures.  It is definitely a melting pot. 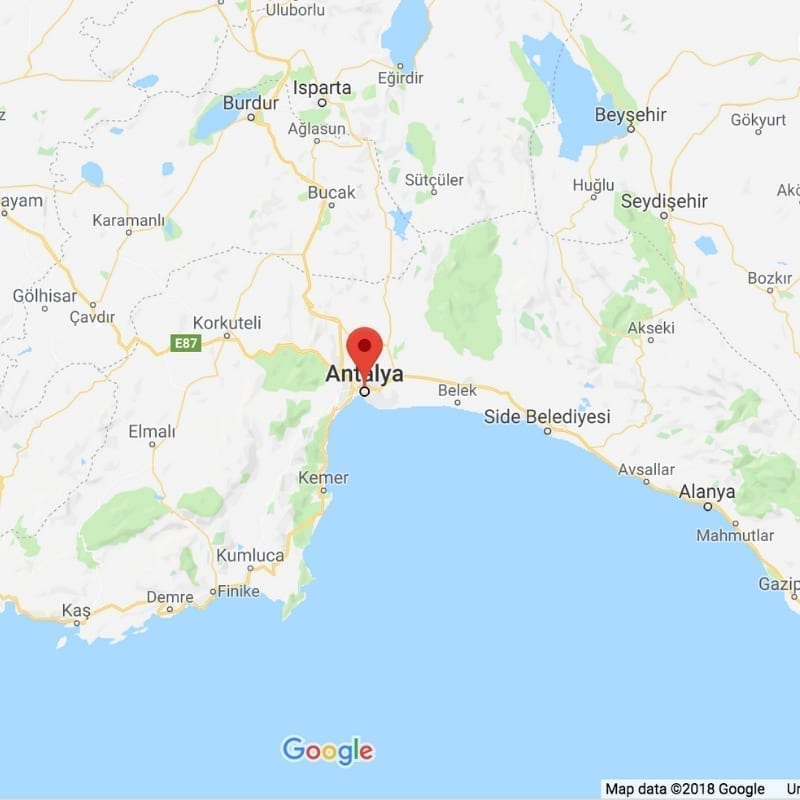 What to see and do in Antalya Turkey

The harbour was the main reason that Antalya was established as a city 2 millennia ago.  Today it is still a thriving port, replacing old galleons with expensive yachts and tour boats.  Restaurants and cafes line the waterfront.

Check out the following link for the top Tripadvisor restaurants around the harbour voted by travellers just like yourself.

Read up on the  history of Antalya before you arrive

Antalya was founded in 200 BC by the King of Pergamon Attalus II. Following the fall of his kingdom during 133 BC the city fell into the hands of pirates.  In 77 BC it became part of the Roman Empire. The city of Antalya has changed hands many times even becoming part of Italy after WW1 and recaptured by Turkey after the War of Independence.

It is Turkey’s biggest international sea resort and attracts over 13 million tourists each year.

Standing in the old streets of Kaleci all that remains are some of the walls and the Minaret.  It was constructed in 2nd Century AD as a Roman temple and in the 7th Century, it was converted into a Byzantine Church.  During the Arab Invasion of Antalya in the 8th Century AD, the building suffered a lot of damage. It was not until the  10th Century AD that it was repaired and later in the 13th century AD, the Minaret was added when the Sultanate of Rum converted it into a Mosque.  In 1361 it returned back to a church when the King of Cyprus conquered Antalya, then during the rule of Sehzade Korkut it was converted back into a Mosque but destroyed by fire in 1846.  Kesik Minare means ‘broken minaret’.

Hadrian’s Gate was constructed during the 2nd Century AD by the Romans in honour of Emperor Hadrian who visited in 130 AD.  It is Antalya’s famous icon and it is the only remaining entrance to the ancient city and the harbour.

Wander the old cobblestoned streets of Kaleci and immerse yourself in the history of this city.  Historic Ottoman Houses line the small streets, some of these houses have been turned into hotels and others into shops and restaurants.  You will still find some ancient buildings still in need of renovation.

Shop till you drop

A great place to shop for Turkish Towels are in the small boutiques scattered throughout the old town.  You may even want to try out your bargaining skills. 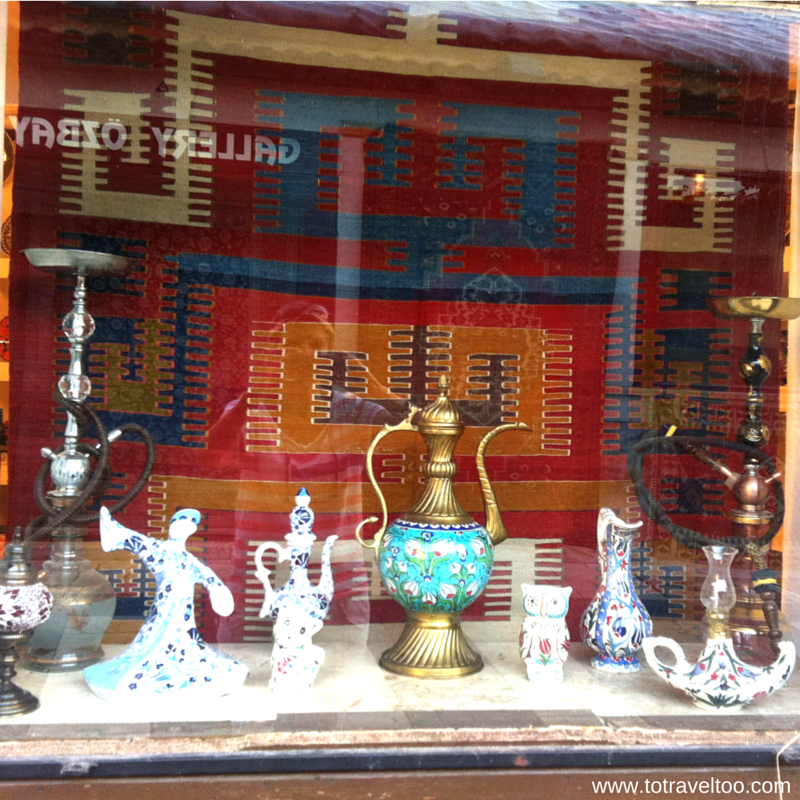 Shopping is an experience in Kaleci, as you wander around the shops you can get hopelessly lost but it is only a small area so it won’t be long till you find yourself back on a street that you are familiar with.

Window shopping at its best.

We love our daily cup of coffee.

The art of coffee making in Turkey is an Intangible Cultural Heritage confirmed by UNESCO.

There are many coffee shops in Antalya and throughout Turkey.  You will be guided to your closest one by the aromas.

The symbol of Antalya was erected during the early 13th century by Sultan Aladdin Keykubad I. It stands at 38m tall in the Old City of Kaleci.

Refresh yourself with the local fresh juices

Enjoy a pomegranate juice after a day of sightseeing and shopping. 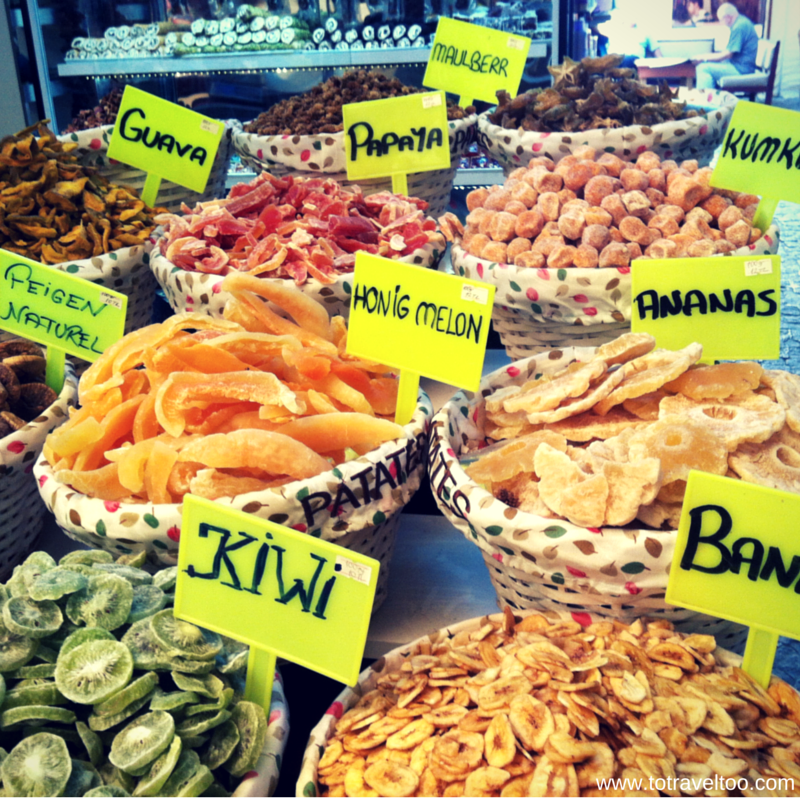 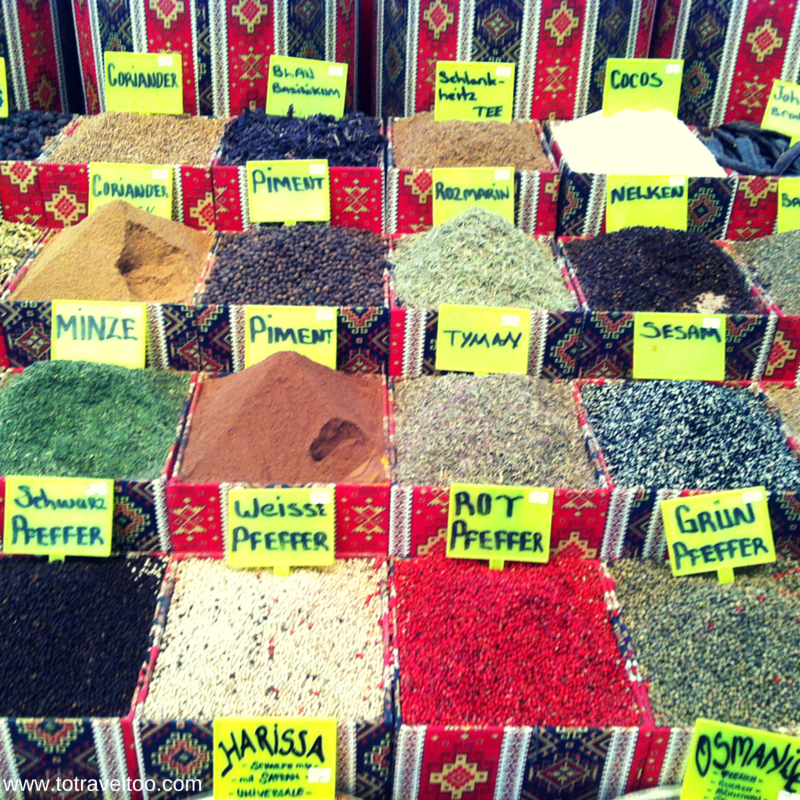 Enjoy a walk through the local markets for spices and dried fruits. If you enjoyed this market you will also enjoy the Spice Market in Istanbul.

We stayed at the very cute Sabah Pension which even had a swimming pool which was perfect after a day of sightseeing.  Sabah Pension is located in the Old City at Kilicaslan Mahallesi Hesapci Sokak No 60, Kaleici. We can recommend that you eat at their rustic restaurant one of the nights whilst visiting Antalya for a good selection of Turkish dishes.

For details on other hotels in Antalya:

For more information on where to stay at the beachside Antalya Resorts:

The beach resorts are quite a distance from Kaleci (old Town) and are definitely a taxi ride of about 30 – 45 minutes depending on where you stay.

Antalya Airport is located 10km from the centre of Antalya.  It is a busy airport especially during peak travel seasons. You may want to prebook an airport transfer to your hotel.

This article sums up all the options that you have to get from Antalya Airport to your accommodation.

Flights to Antalya click here for latest prices and availability. There are several flights a day from Istanbul to Antalya a great way to combine two destinations (city and beach) in one holiday.

For the latest prices and details of tours available in and around Antalya check out our list below:

A day tour to the unique land formations of Pamukkale

In summer Antalya experiences a  ‘hot Mediterranean climate’ – hot dry summers, wet but mild winters.  Perfect for winter breaks. In the height of summer you can expect temperatures in the mid 40 degrees centigrade. 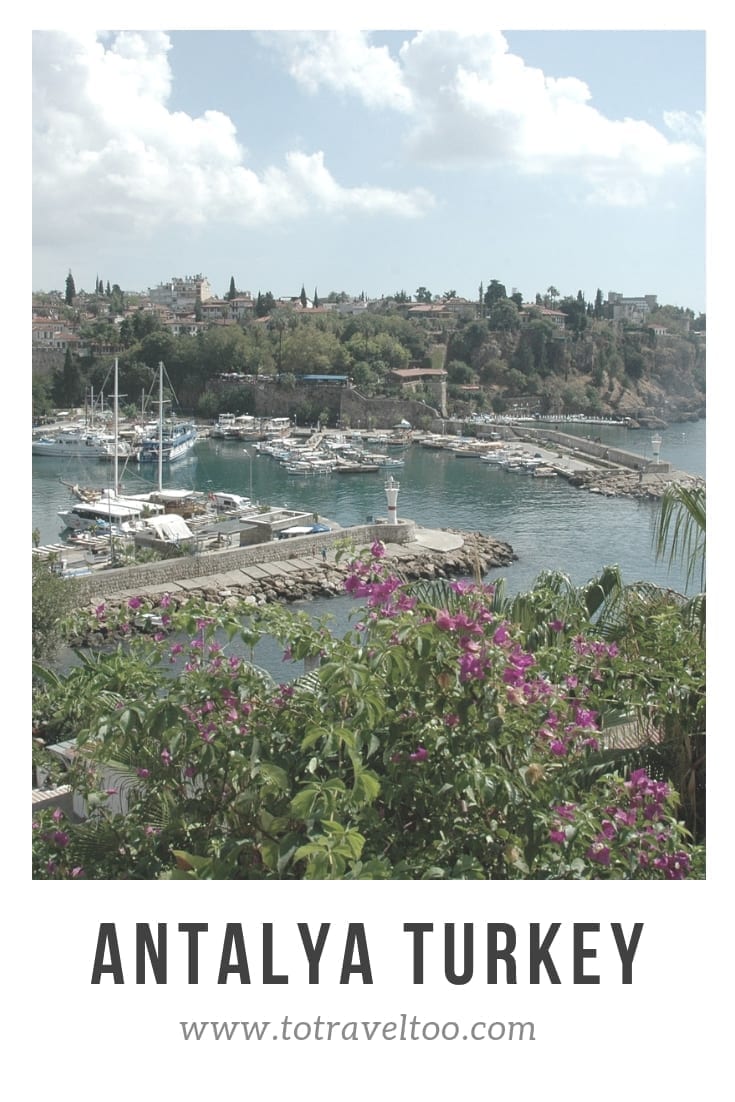 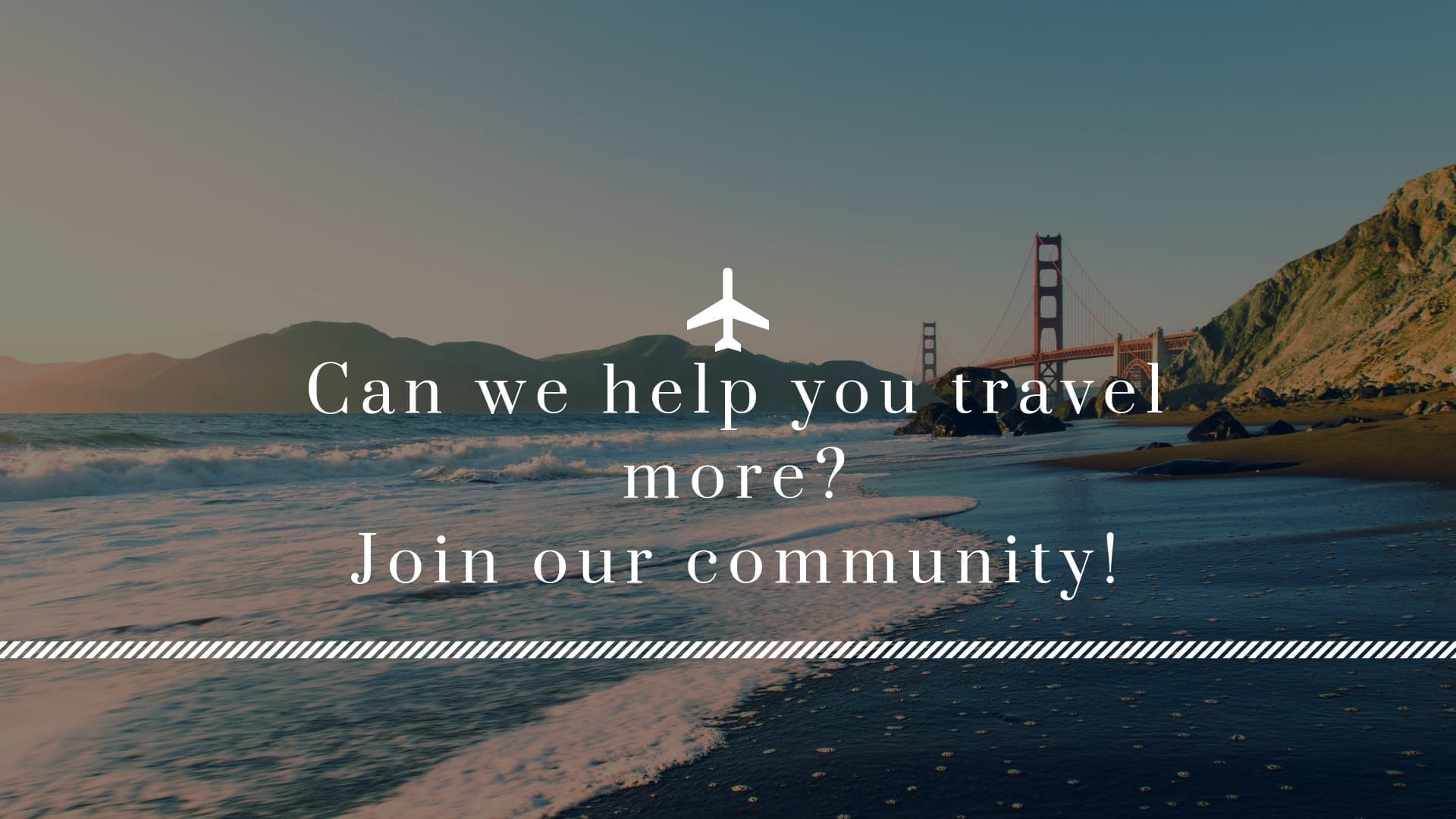 Would you like to take our article with you as you wander Antalya? Click the City Walk banner for more information.

Northern Norway is now on our bucket list!  Is it on yours? When David Nikel, author of travel guide Moon Norway, reached out to…