How to See Ghent in One Day

Are you planning how to see Ghent in one day? We only had one day and one night to spend in Ghent after spending a weekend in Bruges.

In hindsight, we wished we would have stayed longer but we were heading to Paris the next day and then on a Le Boat cruise down the Canal Lateral a la Loire.

After enjoying a Legends Walking Tour in Bruges and a visit to one of Bruges breweries we knew that our visit to Ghent would also feature beer.  We were not wrong! There seems to be a strong beer theme when visiting places throughout Belgium.

Ghent is perfect to visit by foot, it has the largest low traffic pedestrian zone in Europe. Our recommendation is to choose accommodation in the city centre if you plan to spend longer than one day, and just wander around and get lost.

Check out the latest deals on booking.com and home rentals on VRBO below.

This post may contain affiliate links. Please see our disclosure for more information. As an Amazon Associate, we earn from qualifying purchases (if applicable). We are associates of Airbnb and earn a small commission when you book accommodation or a local experience.

Where is the City of Ghent located?

Ghent is located in the East Flanders region of Belgium.

Ghent is located 48 km from Bruges

Ghent is located 58 km from Brussels

Where to stay in Ghent

We booked one night at the Vakantielogies Cathedral Hotel.

Location: In the heart of the historical centre of Ghent, a few minutes walk to Saint Bavo’s Cathedral and the 3 towers of Ghent.

Why we chose the Vakantielogies Cathedral Hotel

The hotel is a family-run small hotel which is well located for us to walk around Ghent.  The reviews were excellent. The price was under Euros 100 for the night. The Wi-Fi was excellent.  The hotel was clean and well run. We would stay there again.

The map highlights 2 other hotels close by to the Vakantielogies Cathedral Hotel. For the latest deals and availability:

Things to do in Ghent

If you only have one day in Ghent we can recommend doing a walking tour.

Popular Half Day Tours of Ghent

A Tour of Ghent that includes Beer and Sightseeing

In Ghent, beer brewing went hand in hand with religious life.  In the abbeys and monasteries, some of the best beers were created.

We took a Beer Walk Tour. We spent 3 hours learning about the history of Ghent and the beers of Ghent. Included in the tour was 5 beer tastings.

Ghent Hop on Hop Off Tram

Ghent is a  city of churches and their spires define the city’s skyline.

All the churches in Ghent listed below are located in the historic city centre and are within walking distance.

One of the most magnificent churches in Ghent.  It is the seat of the Cathedral’s Chapter of Canons.
It is the oldest parish church in Ghent and dates back to the 10th century.  The present-day church was built between the 13th and 16th century. Saint Bavo was originally constructed in the Romanesque style and later converted into the Gothic style.

Constructed started in 1313, it is the tallest belfry in Belgium. The views are spectacular at the top.

What is the Ghent Altarpiece?

Wikipedia states that the Ghent Altarpiece is: “The Ghent Altarpiece (or the Adoration of the Mystic Lamb, Dutch: Het Lam Gods) is a large and complex 15th-century polyptych altarpiece in St Bavo’s Cathedral, Ghent, Belgium. It was begun c. the mid-1420s and completed by 1432, and is attributed to the Early Flemish painters and brothers Hubert and Jan van Eyck. The altarpiece is considered a masterpiece of European art and one of the world’s treasures.”

Where can you see the Altarpiece at Ghent?

The Ghent Altarpiece can be found in St Bavo’s Cathedral.

How many times has the Ghent Altarpiece been stolen?

It has been stolen 6 times and has a part of a crime 13 times.

Saint Nicholas’s Church dates back to the early 12th century. The Church is built in the Scheldt Gothic Style and overlooks the Korenmarkt.

In the 11th century, Saint Bavo’s abbey founded a chapel here.  The Church was completed in 1672. It took 200 years to build and the tower was never finished. The Church houses the famous painting by Van Dyck “Christ Dying on the Cross”.

The Belfry of Ghent

More things to see in Ghent

Want to see Ghent Architecture? We recommend wandering the streets of Ghent and heading down back streets and alleyways.

The pedestrian free St Michael’s Bridge in Ghent is the ideal location for 360-degree views of Ghent and its main attractions – St Nicholas Church, the Belfry and St. Bavo’s Cathedral.

The Ghent City Hall is built in two different styles:

Ghent Castle – Castle of the Counts

The Castle of the Counts is the only medieval fortress in Flanders that dates back to the Roman occupation.

In the late 18th century the Castle was sold to private buyers who converted the castle into an industrial complex.

In 1807 the Castle housed a cotton mill.

The Castle has a unique collection of torture equipment.

You can book your tickets to visit the Castle in advance here.

Tripadvisor Ghent has listed the best restaurants in Ghent as rated by travellers to the city.

Is it Ghent or Gent?

Gent is the Dutch spelling of Ghent.

What is the difference between Bruges and Ghent?

Two similar towns in Belgium, Bruges is the busiest of the two attracting more tourists than the larger Ghent. The distance between the two by road is 48 km or 45 minutes of driving time. From what we learnt is that if you want nightlife you head to Ghent, it is a university town, so that accounts for the popular Ghent nightlife whereas we found Bruges to be quiet after dinner.

What is the Ghent Treaty?

The Treaty of Ghent was signed on 24th December 1814.  It was a peace treaty that ended the 1812 war between the UK and the USA.

Ghent Weather – when is the best time to visit?

The best time to visit Ghent is during the Spring and the Autumn. Summer is very busy with tourists.

Day trips to Ghent can be undertaken from many European cities.

For the latest train and bus tickets click here

There are train connections to the main station Gent-Sint-Pieters from all Belgian cities. There is also a direct line to this railway station from Zaventem airport.

If you travel to Belgium via the European high-speed train network, you can transfer to a train to Ghent at the station of Bruxelles-Midi, Antwerp or Lille (France).

For passengers arriving at the station of Gent-Sint-Pieters, tourist information is available at a digital 3D information station for visitors.

Ghent does not have an airport.  You will need to fly into Brussels.

For details and costs of Eurail passes click here

For car rental throughout Europe, we use AutoEurope.

We recommend that you take out travel insurance when you travel.  The best time is when you book flights and hotels and pay deposits on tours and cruises. 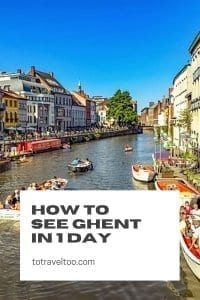 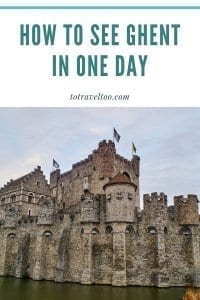 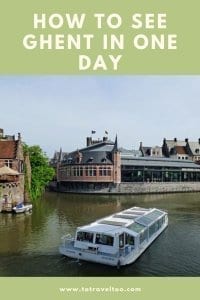 Ghent is one of the best cities in Belgium to visit. It is walkable, safe, historical, excellent beer to enjoy by the canals and great food.  It is a great destination for families, couples and solo travellers.

If you have any questions or would like some advice we would love to hear from you. You can reach us via our Facebook page or email us here. 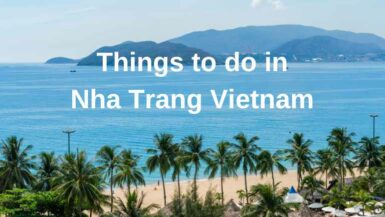 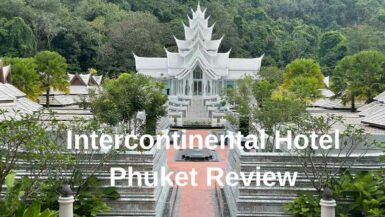 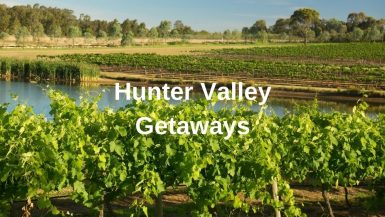